This article is a part of Climate Action at Penn State, a blog highlighting climate solutions, research, and other efforts at Penn State.

For much of my career at Penn State, I have had a desire to assist in the University’s collective effort to improve the environment. My research has included work on distributed energy systems and community microgrids.

While working on a DOE-sponsored program, which was initially intended to promote the use of combined heat and power (CHP) technology in single buildings or integrated campuses, for the last seven years, it became apparent that a more universal implementation of the technology needed to be pursued.

CHP technology produces both electric and thermal energy from a single, natural gas-fired engine and both energy types are used immediately at the site, avoiding significant electrical system transmission and distribution losses associated with central power plant electric generation and giving overall primary utilization efficiencies of 70% or greater. The central generation-transmission-distribution system paradigm (CGTD) of our electric infrastructure has less than a 35% primary energy utilization efficiency and mostly utilizes coal and gas as the primary energy sources. When CHP technology is combined with on-site solar or wind generation of electricity and energy storage systems, the hybrid system reduces the carbon footprint of the energy use of the site significantly, gives the site energy resilience in the context of central power outages and, when implemented in a modular component manner, enables the cost-effective insertion of increasing use of on-site renewables.

As a result, many “communities” are looking to use hybrid technologies on a community level rather than a single building or cluster of buildings. A “community” may be a college campus, a medical complex, a critical services complex, a borough, a township, a village, a city, a metropolitan district. In such applications, the technology enables the formation of a Community Microgrid (CMG).

The increase in climate-change-induced weather outages and the incessant threat of cybersecurity issues related to the CGTD make the stand-alone CGTD paradigm inadequate. 70% of all generated CGTD electricity comes from coal and natural gas combustion generation of electricity in the existing CGTD paradigm. It is almost beyond obvious that if society wants to reduce carbon emissions, ensure communities have resilient electric energy and establish paths for cost-effective use of renewables generation of electricity, then the CGTD paradigm of our electric energy infrastructure must shift to a new energy infrastructure paradigm. From my perspective, the new energy infrastructure paradigm will be a combination of a CGTD interacting with a significant number of distributed electricity generating nodes at the “community” level (CMG). 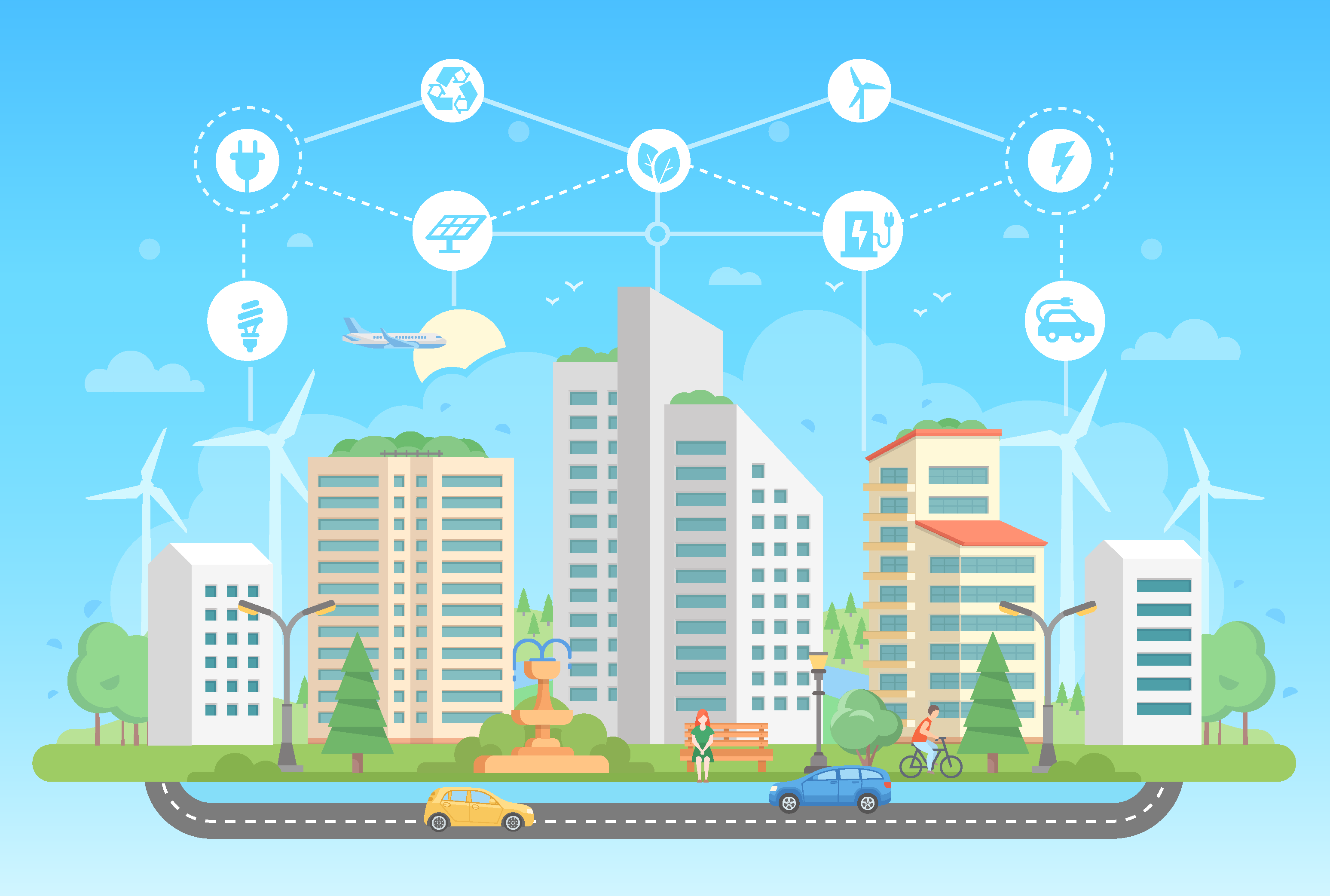 These nodes will initially employ a hybrid mix of generation (natural gas-fired combined heat and power, solar PV or wind generation, electric and thermal storage) and will be capable of varying degrees of independent operation from the CGTD system. Using CHP at thermally intensive demand sites (hospitals, industries, campuses) along with on-site renewables generation, creates a resilient, low carbon-utilization, energy infrastructure for the community. As energy storage and solar PV and wind become more cost-effective and efficient, the natural gas-fired CHP can be modularly and cost-effectively replaced with renewables. As the deregulated transmission and distributed (T&D) focused utilities adjust to and react to the grassroots distributed energy catalyzed paradigm shift, these nodes of independent generation will likely become accepted and policy-promoted as essential elements to increase the resiliency of local electric grid T&D system.

There is no doubt climate change is occurring and it is accelerating. There can be no long-term, worldwide standard of living growth for most of the world’s population without increases in primary energy use. But, given the reality of climate change, there can be no improvement in the living conditions of most of the world’s population without a dramatic increase in cost-effective carbon-free primary energy use.

Please join us for the first international conference on drawdown titled Research to Action: The Science of Drawdown, September 16-18, 2019.