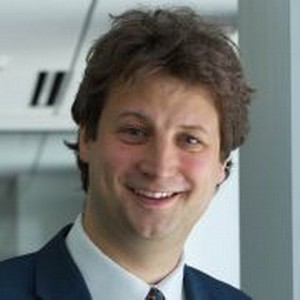 Edward Davey is Director of the Geographic Deep Dives of The Food and Land Use Coalition, a global initiative to transform the world's food and land use systems, co-led by the World Resources Institute (WRI). Davey is responsible for the day-to-day management of the Coalition's in-depth country work in Colombia, Ethiopia, Indonesia, China, India, and Australia, working in partnership with WRI colleagues and other local partners. He is also a contributor to the Coalition’s forthcoming Global Report, as well as to the food and land use chapter of the New Climate Economy’s flagship 2018 report.

Prior to joining WRI, Davey was Senior Programme Manager at The Prince of Wales' International Sustainability Unit, where he co-led a number of international initiatives on REDD+, zero deforestation commodity supply chains, forest landscape restoration and climate change. Prior to the ISU, he served as Lead Adviser on Environment in the Colombian Presidency's International Cooperation Office in Bogotá. He began his career as a Researcher at Oxfam and for the United Nations Human Development Report, and also spent a number of years working for a humanitarian organization working in the Middle East.

Davey has a Master's with Distinction in Environment and Development from the London School of Economics and Political Science, and an Undergraduate Degree in Modern Languages (French and Spanish) from the University of Oxford.